A story within a story 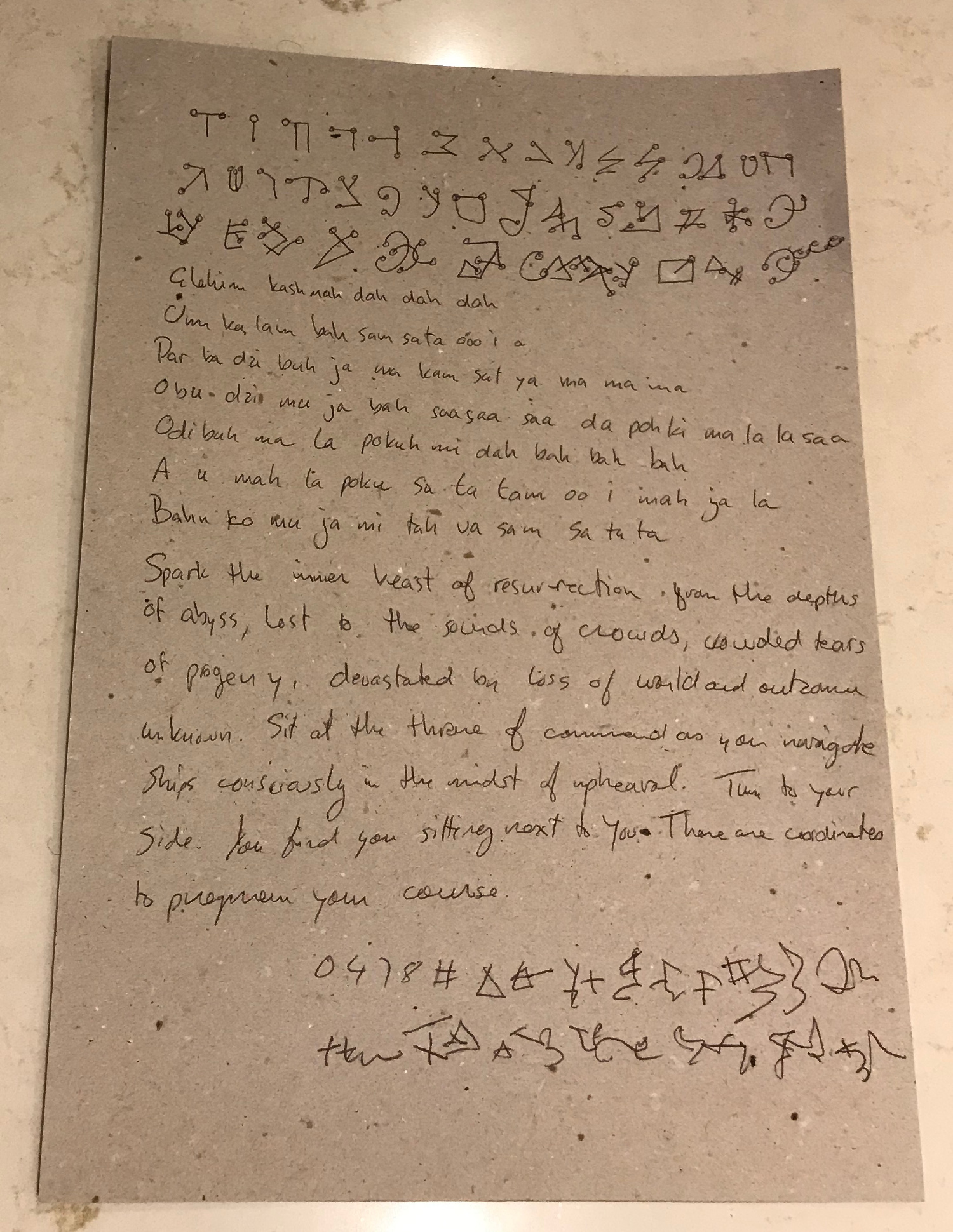 Light Language, as it is coined, is a form of communication that transmits Messages of relatively Higher frequency than cannot be transmitted through dead language. What is “dead language”? Imagine a string of Christmas lights. When you plug it into a power source, it lights up. When it is not connected to a power source, the lights remain off. Within the context of Light Language, you are the Power Source and the language is like the lightbulbs. If you are not connected to Source, and if you are not willing to communicate from Your Knowingness, then you are transmitting sound and script but at a relatively low level of Light. Dead language is communicated by someone not connected and not communicating from their Knowingness.

There is a word that describes the process of converting Light into language. This word is “precipitation.” From the dictionary definition, the closest that comes to a description of precipitation within the context of Light Language is the act of casting down; an unexpected acceleration. What is being “cast down” to the Earthly reality is Divine Intelligence. The “unexpected acceleration” refers to the accelerated oscillation of the particles of energy that compose the Message being “cast down.” Since this is often a phenomenon that is “unexpected” by the recipient of the Message, it aligns with this part of the definition. (You can often tell when precipitation of Light through language takes place at a rate of frequency above that which the person is used to processing when the person realized that they didn’t process anything they just heard you say.)

The forms of Light Language described at the start of this reading (the forms that are not communicated in human language) are not the only forms of Light Language. It is most certainly possible to encode words you can find in a dictionary with Light. Someone who embodies the Attribute of precipitation can convert Light into any language, including English. When Light is converted into language, it becomes holographic. When you read or listen to a holographic communication, you will find that every time you read or listen to it, you come across something new, something different, something you didn’t quite catch the first or previous time around.

All of this to say that when you listen to the recording that accompanies this reading, Know that it is encoded with Light.

As a side note, this recording was made on December 17, 2016. How relevant is it today?

I am here as a guide to Assist those willing to Remember why they are here in this life. I have many roles. I am an educator. I am a Reader of the Akashic Records, a writer of holographic texts, and a custodian of authorship. I am an esoteric philosopher, a speaker, and a Seer. But ultimately, I Am.